Full programme of the Seminar 2019: MEM_Summer_Summit_2019_Seminar_Programme

Assessor for Cultures and Democratic Participation, Municipality of Palermo, Italy

The second edition of the Middle East Mediterranean Summer Summit involved around 100 young change-makers from over 30 countries of the Middle East Mediterranean region and Europe. Organised by Università della svizzera italiana (USI) with the joint support of the Swiss Federal Department of Foreign Affairs and the French Ministry for Europe and Foreign Affairs, the meeting aimed to develop innovative solutions and concrete opportunities for dialogue and growth.

On 24 and 25 August 2019, after an intense eight-day Seminar, the ideas generated and formulated by the young change-makers were presented and debated in the framework of a Forum, open to the public. Forum attendees included high-level political authorities, experts, intellectuals, and entrepreneurs of the Middle East Mediterranean region.

Full programme of the Forum 2019: MEM_Summer_Summit_2019_Forum_Programme

Head of the Department of Foreign Affairs (FDFA), Switzerland

MD and Director, Health Protection and Promotion, WHO Office Regional Office for the Eastern Mediterranean, Egypt

What are the roots that clutch, what branches grow
Out of this stony rubbish?

The exhibition Broken cities. A virtual journey from Syria to Iraq proposed an imaginary route to four cities laid waste by conflicts whose violence has over recent years turned them into theatres of war. Pictures of Damascus, Aleppo, Palmyra, and Mosul told their story, a fragmentary story, of this devastation. The landscape of ruins, in Marc Augé’s words, “cannot reproduce the past in its integrity; rather, it alludes intellectually to a multiplicity of ‘pasts’, somehow metonymically, it supplies our eye and our conscience with a dual proof of a lost functionality and an impressive actuality” (Marc Augé, 2003).

Lines from T.S. Eliot’s poem The Waste Land (1922) and others from The Suspended Ode by Imru’ al-Qays (6th century), invited the viewer to a moment of silence, stillness, and meditation, outside time. The exhibition layout was structured in three stages:

Stage one displayed photographs by Iconem, a French start-up. Interspersed with literary quotations, these photographs revealed unusual views of the cities and invited the viewers to raise questions about the rubble, the ruins and the meaning of time. It is in the eye of the beholder that the fragments will come to life and take on meaning. The pictures showed piles of rubble: wreckage present of ruins past.

In stage two, the documentary Mosul year zero by Roberto Antonini and Philippe Blanc beared testimony to what is left of Mosul, three years after the Isis Caliphate and one year’s fighting. The voices of witnesses are heard over the images, narrating their sad tales of loss and destruction. Besides the documentary, a number of freeze-frames represented crumbled landscapes of Mosul, as well as of Damascus, Aleppo, and Palmyra.

Stage three consisted essentially in an immersive cam, the work of e-REAL Logosnet, whereby visitors were able to watch videos produced by Iconem and by Unesco. With extremely striking images, this all-absorbing experience engulfed the eye of the visitors, who found themselves suspended between past and present, here and there, destruction and reconstruction.

‘The Lugano Initiative. Proposals developed by young change-makers during the Middle East Mediterranean Summer Summit 2019’ is a document that collects concrete proposals for development and growth in the MEM region, developed and drawn up during the MEM Summer Summit 2019. The main contributors are the 100 young change-makers, who worked together across cultural differences and national identities.

We would like to take this opportunity to thank our Partners, who supported both the vision and realisation of the MEM Summer Summit 2019. 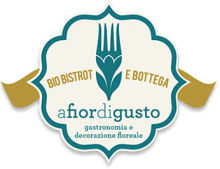 We would like to take this opportunity to thank our Sponsors. The MEM Summer Summit 2019 could not exist without their generous support.