The Middle East Mediterranean region, a geopolitical space deeply affected by disorder and convulsions both on land and sea, has undergone profound and rapid changes over the past few years. From upheavals of this magnitude, a new world order has emerged for the twenty-first century. From East to West, North to South of the extended Middle East Mediterranean region – from Iran to Morocco and from Syria to the Sudan – several elements of young civil societies are working together across the political spectrum, weaving the threads of dialogue, civic liberties, and sustainable development. Such initiatives are not necessarily in the media spotlight, but together make up a major network from which tomorrow’s social fabric will emerge. It is a phenomenon that Europe must welcome and encourage, if only to ensure its own security in an area of shared prosperity with its southern neighbours.  It is precisely with this in mind that the programme of this Summit was conceived.

The MEM Summer Summit, composed of a Seminar and a Forum, aims at developing new approaches, different methods, as well as new projects to transcend physical and cultural boundaries between communities on all shores of the Mediterranean and Middle East region.

The Forum
The Seminar

Our main objectives are:

Our main objectives are:

In 2020, due to the COVID-19 pandemic and its consequences, the MEM Summer Summit couldn’t be held in its usual format. The Seminar didn’t take place and the Forum was held online. Therefore, the MEM Summer Summit extended its activities by organising a series of online workshops and participating in other events in order to allow young change-makers to collaborate and continue the dialogue together from a distance.

The fourth edition of the Middle East Mediterranean Summer Summit took place, in Lugano from 21 to 28 August 2021, with the support of the Federal Department of Foreign Affairs of the Swiss Confederation.

The third edition of the Summit in 2020 was a great success with its exceptional list of speakers, including the French President Emmanuel Macron who delivered a keynote speech on the importance of the region structured around four pillars: religion, demographics, energy, and politics, and Audrey Azoulay, Director-General of UNESCO, who underlined the importance of art, culture and education in the fight against inequalities as well as youth and women’s unemployment.

The Middle East Mediterranean region in the current context

2020 will be remembered as the year of the COVID-19 pandemic and the oil price collapse, and one which will have witnessed all sorts of unexpected turmoil, reaching from the Middle East Mediterranean region to the European suburbs. A fragmentation occurs in the Israeli-Palestinian conflict. On the one hand, the Abraham Accords are signed, which include the United States, the United Arab Emirates, Morocco and Sudan, Israel, aggregating Egypt and Saudi Arabia, and with an eye on Iraq. On the other hand, the “Brother-Shia axis” brings together Gaza, Qatar, Turkey, and Iran with the ad-hoc support of Russia. In these seismic upheavals, Beirut explodes, refugees and illegal migrants flock to Europe; the Turkish president Erdogan tries to make Istanbul the global centre of Islam.

Then terrorism strikes again, in France and in Austria, in the name of a jihadism without organisation. It relies on an “atmosphere” created by “instigators” mobilising crowds and social networks in the Muslim world, to avenge their prophet against the West. Meanwhile, Biden is faced with the task of rebuilding the trust of America’s allies.

In 2021, the MEM Summer Summit focuses on these topics and provides instruments for analysing the complexity of the Middle East Mediterranean region; and contextualising its current developments in global history, prompting a broader reflection on contemporary challenges. This ever-changing region has, in fact, a significant impact also on international dynamics, on Europe and its political structures.

The French President Emmanuel Macron, in a video message, spoke about the importance of the region and its political balance, focusing on the conflicts in Syria and Libya and the crisis in Lebanon. The analysis of the French President – invoking for collective responsibility to find shared solutions – is structured around four pillars: religion, demographics, energy and politics.

Rethinking the food systems in the MEM region - MEM Forum 2021 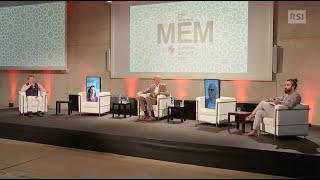 This panel is organised in partnership with the Swiss Agency ...
Interview with the young change-maker Eman Alhajji and Emiliano Bos - MEM Forum 2021 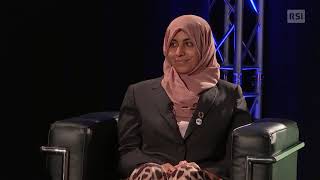 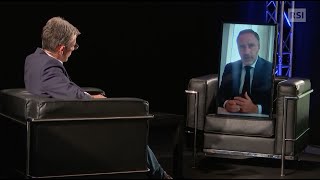 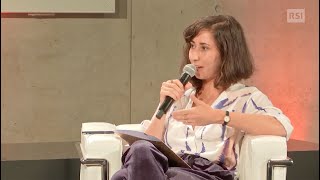 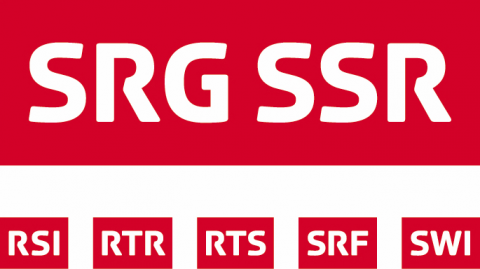 All the news about the MEM Summer Summit, covered by RSI (Radiotelevisione svizzera di lingua italiana), are available here:

A selection of the media coverage of the MEM Summer Summit and related themes is available here:

Archive
THE MEM GOES ON

The MEM goes on

The activities of the MEM Summit Summit go beyond the Forum and the Seminar. This year the MEM goes on by presenting new initiatives to the change-makers and to the public.

The MEM Summer Summit will go to Rome for Bites of Transfoodmation. The event is organised by the Permanent Representation of Switzerland to FAO, IFAD and WFP, in partnership with Istituto Svizzero, the Swiss Embassy in Rome, Présence Suisse and Università della Svizzera Italiana. The event aims to lay the foundations for momentous changes in the global food systems.

Federica Frediani and the MEM team are contributing to shaping and organising the event, and will be present in Rome. Accompanied by a group of MEM Summer Summit Alumni, they will be taking part as facilitators, speakers and moderators. USI’s Rector, professor Boas Erez, will deliver the closing address at the Dispute with the Swiss Ambassador in Rome, Rita Adam. 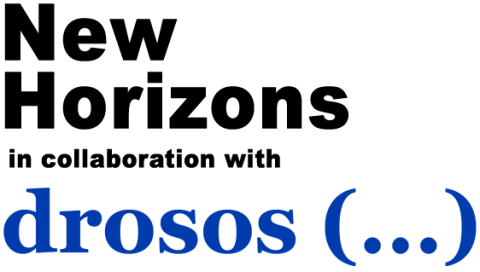 The New Horizons Project originated from Stream C of the Seminar. It comprises of online and on-site workshops; a team of MEM Summer Summit Alumni, led by Federica Frediani, come together for discussion and working together over topics like:

The Lugano Initiative, a document put together and written up by the young change-makers during the MEM Summer Summit, collects concrete proposals for development and growth in the MEM region. Some 100 young change-makers worked together across cultural differences and national identities.

An on-line platform has been created for the exclusive use of change-makers. There, they can apply and find material for the preparation of the Summit along with the detailed programme of the Seminar and the Forum. The project-proposals, developed during the Seminar, are available on the platform where it is possible to leave comments and interact with other participants. Visit the young change-makers platform at:

A MEM Summer Summit Alumni group has been created on Facebook for all young change-makers, past and future, to be in touch:

The Forum of the MEM Summer Summit takes place at Palazzo dei Congressi. It is centrally located, right next to the splendid municipal park, Parco Ciani and its villa, directly on the lake shore. 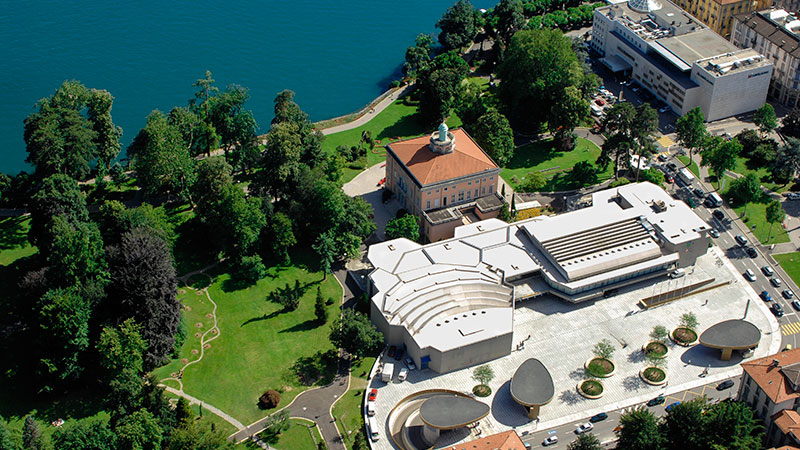 Applications for the MEM Summer Summit 2020 are now closed.

Applicants must submit a complete application on the online YCM platform.

In addition to completing the forms on our platform, applicants must upload the following documents:

Tuition fees for the MEM Summer Summit are CHF 2,300 a head. This includes plenary sessions and workshops of the Seminar, panels of the Forum, all cultural activities during the Summit, lunches, and coffee breaks. It does not include: travel costs, accommodation, visas, health insurance, and dinners.

Priority will be given to covering the expenses of citizens from low-income countries or with proven financial needs.

Volunteers play an important role in supporting the MEM Summer Summit and are key to creating a positive and welcoming atmosphere for the young change-makers, speakers and guests while assisting the team in the smooth and professional running of the ten-day event.

Volunteers can get involved in the entire Summit, or in either the Seminar or the Forum.

By acting as a volunteer at the MEM Summer Summit, you will enrich your CV with an exciting experience. At the end of the event, you will be issued with a Certificate of attendance mentioning the tasks you completed and responsibilities involved. Students of USI’s PMP, MEP or MEPIN degree programmes may obtain credits from the Volunteer Programme.

Volunteers can make the most of the opportunity to work in a dynamic and cooperative team of professionals, build hands-on experience from observing what goes on behind the scenes of an international event, get inspiration for their future, and enrich their personal cultural baggage.The Volunteer programme offers learning and networking opportunities within an international environment: speakers and guests from NGOs, governmental institutions and prestigious universities.

Please note that accommodation and travel are not covered, hence have to be borne by the volunteers. However, food and drinks will be free for volunteers while on duty; and the official MEM Summer Summit shirt they receive remains their property.