Find out who the Seminar speakers are

The Seminar will be held from 18 to 26 August and will host 40 young change-makers from over 20 countries. The change-makers will discuss various topics with the speakers, work together and exchange ideas during a series of plenary lectures, participatory workshops, brainstorming sessions, working groups, and cultural activities. 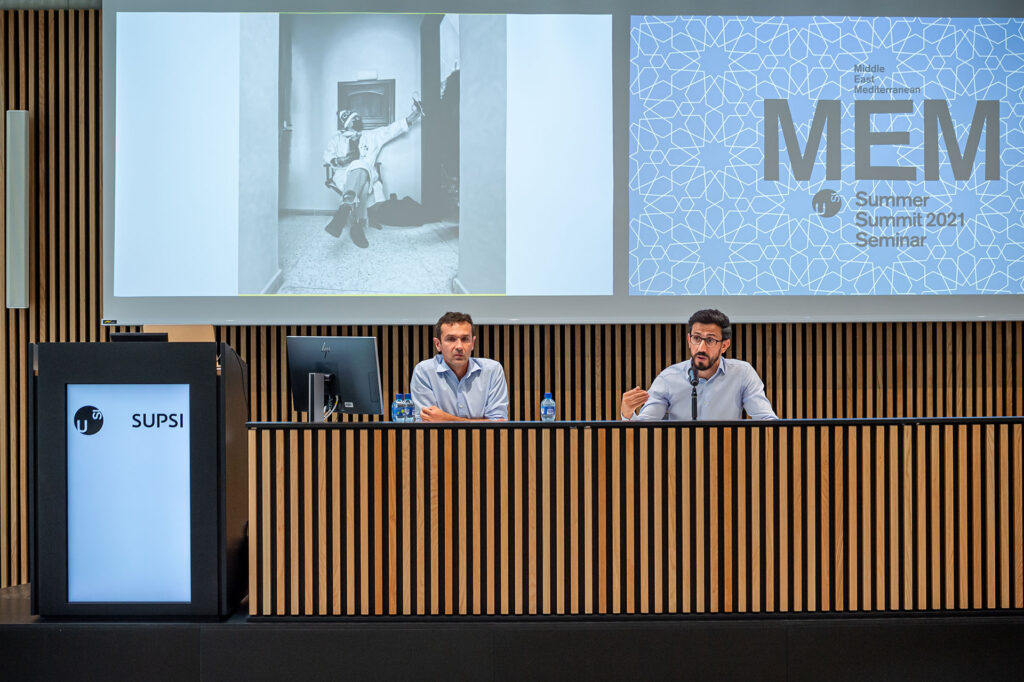 This year’s Summit will take place in Lugano, Switzerland, starting with a nine day Seminar, followed by the Forum on 27 August. Follow us to learn more about participation, programme and opportunities. 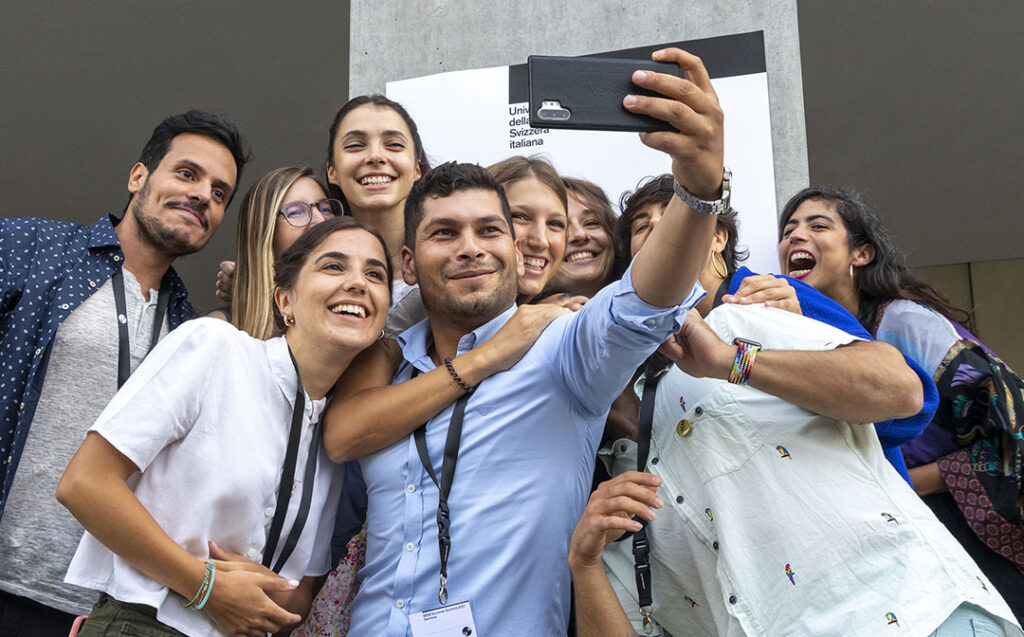 The MEM Summer Summit joined Bites of Transfoodmation at Casali del Pino in Rome, where innovative exhibitors showcased through their future-oriented projects that change is possible and already happening. Visitors explored the realities of drones in agriculture, meat alternatives, edible insects, vertical farms and more.

Snack the System 2022 at House of Switzerland, Milano

The MEM Summer Summit took part in the event, hosted at the Casa degli Artisti in Milan, promoted by Bites of Transfoodmation, with the aim to raise awareness of the main challenges and opportunities related to food in the Middle East Mediterranean region. Dr. Federica Frediani and MEM Alumnus Iyad Al-Qaisi discussed food insecurity in the region and the specific situation of refugee camps during one of the panels. During the four-day interactive exhibition, Iyad Al-Qaisi, presented his project to rethink production, supply and the food chain within refugee camps in Jordan.

Workshop and public discussion: Re-thinking food systems. Visions of a new society through the lens of food.

Access to healthy and nutritious food is a right, not a privilege. Yet, food systems are getting more complex and food insecurity and water scarcity in the MENA region are two of the key issues of the 21st century. How can we rethink our food habits, shape narratives, and use food as a powerful instrument of cohesion and inclusiveness?

Watch the public discussion online and find out more about the event.

The call for applications is now open. Read more to learn about the candidate’s profile and the application process. 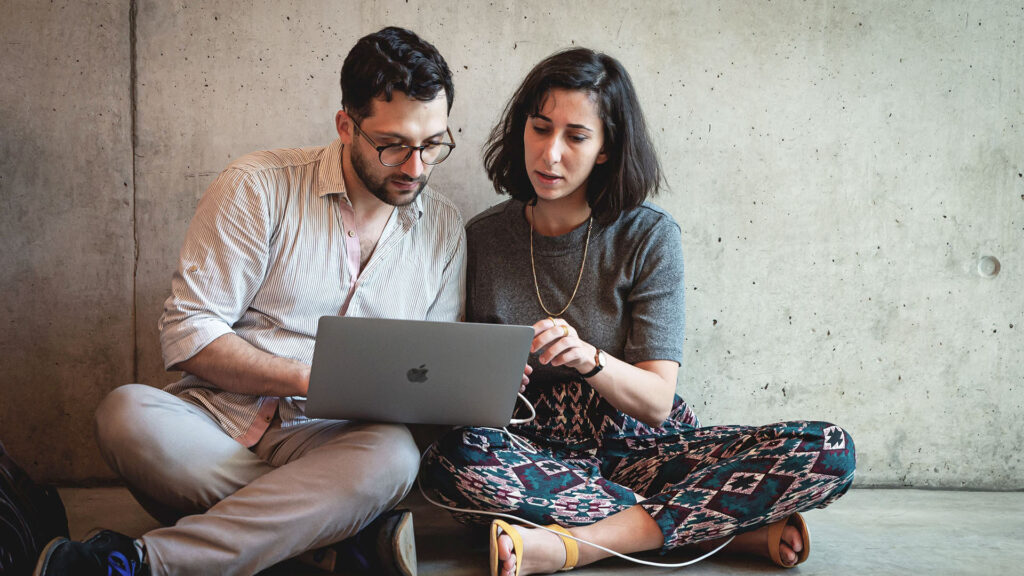 The French President Emmanuel Macron, in a video message, spoke about the importance of the region and its political balance, focusing on the conflicts in Syria and Libya and the crisis in Lebanon. The analysis of the French President – invoking for collective responsibility to find shared solutions – is structured around four pillars: religion, demographics, energy and politics.

The fourth edition of the Middle East Mediterranean Summer Summit took place, in Lugano from 21 to 28 August 2021, with the support of the Federal Department of Foreign Affairs of the Swiss Confederation.

The third edition of the Summit in 2020 was a great success with its exceptional list of speakers, including the French President Emmanuel Macron who delivered a keynote speech on the importance of the region structured around four pillars: religion, demographics, energy, and politics, and Audrey Azoulay, Director-General of UNESCO, who underlined the importance of art, culture and education in the fight against inequalities as well as youth and women’s unemployment.

The Middle East Mediterranean region in the current context

2020 will be remembered as the year of the COVID-19 pandemic and the oil price collapse, and one which will have witnessed all sorts of unexpected turmoil, reaching from the Middle East Mediterranean region to the European suburbs. A fragmentation occurs in the Israeli-Palestinian conflict. On the one hand, the Abraham Accords are signed, which include the United States, the United Arab Emirates, Morocco and Sudan, Israel, aggregating Egypt and Saudi Arabia, and with an eye on Iraq. On the other hand, the “Brother-Shia axis” brings together Gaza, Qatar, Turkey, and Iran with the ad-hoc support of Russia. In these seismic upheavals, Beirut explodes, refugees and illegal migrants flock to Europe; the Turkish president Erdogan tries to make Istanbul the global centre of Islam.

Then terrorism strikes again, in France and in Austria, in the name of a jihadism without organisation. It relies on an “atmosphere” created by “instigators” mobilising crowds and social networks in the Muslim world, to avenge their prophet against the West. Meanwhile, Biden is faced with the task of rebuilding the trust of America’s allies.

In 2021, the MEM Summer Summit focuses on these topics and provides instruments for analysing the complexity of the Middle East Mediterranean region; and contextualising its current developments in global history, prompting a broader reflection on contemporary challenges. This ever-changing region has, in fact, a significant impact also on international dynamics, on Europe and its political structures.

The MEM goes on

The activities of the MEM Summit Summit go beyond the Forum and the Seminar. This year the MEM goes on by presenting new initiatives to the change-makers and to the public.

The MEM Summer Summit will go to Rome for Bites of Transfoodmation. The event is organised by the Permanent Representation of Switzerland to FAO, IFAD and WFP, in partnership with Istituto Svizzero, the Swiss Embassy in Rome, Présence Suisse and Università della Svizzera Italiana. The event aims to lay the foundations for momentous changes in the global food systems.

Federica Frediani and the MEM team are contributing to shaping and organising the event, and will be present in Rome. Accompanied by a group of MEM Summer Summit Alumni, they will be taking part as facilitators, speakers and moderators. USI’s Rector, professor Boas Erez, will deliver the closing address at the Dispute with the Swiss Ambassador in Rome, Rita Adam. 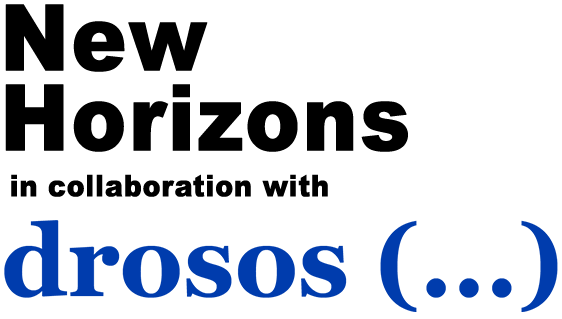 The New Horizons Project originated from Stream C of the Seminar. It comprises of online and on-site workshops; a team of MEM Summer Summit Alumni, led by Federica Frediani, come together for discussion and working together over topics like: